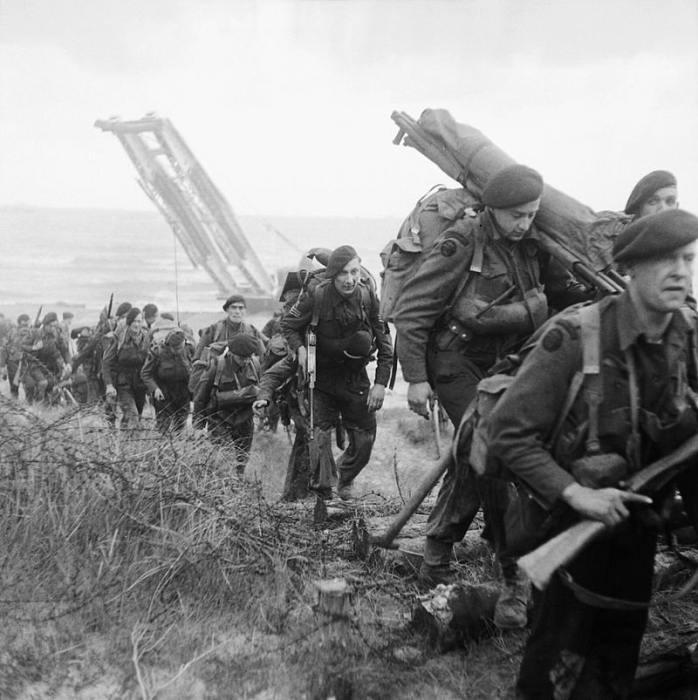 The evacuation of British and French troops (24,000 men) from Narvik and Harstad is completed. A Norwegian delegation negotiates with the Germans for a peace treaty.

Discovery of neptunium (Np), element 93, by Edwin McMillan & Philip Adelson at the University of California, Berkeley.

One prisoners was registered in Auschwitz. He was transferred by the Germans from Katowice. It was a Pole Paweł Gwóźdź (born on 18 July 1922 in Krasowy – today part of Mysłowice). He perished in the camp on 3 February 1942.

RAF launch biggest bombing raid yet on Germany with 360 aircraft, using Tallboy bombs. Seee article on this site, this date.

British, Commonwealth and Free French forces invade Syria and the Lebanon (‘Operation Explorer’) with air and naval support. The British offer Syria independence in an effort to stimulate Syrian revolt against their Vichy rulers. Vichy France protests vigorously at these British proposals.

Fifteen Poles, including 12 women are publicly hanged in Poznan. The bodies left hanging for 48 hours as a warning.

Due to victory at Midway, US cancels the invasion alert for the US West Coast.

38 Irish Brigade. Lt-Col John Horsfall 2 LIR (London Irish) south of Rome: “We had only reached Valmontone, 35 miles out, after moving through a sea of destruction. Mile after mile on either side of the road lay the smouldering capsized wrecks of what once had been transport vehicles or tanks. Mile after mile, their drivers had struggled on, while our airmen had sat, watching and obliterating anything that moved in daylight. The road was also lined from end to end with slit trenches, so that the wretched German drivers, at least, had had a hole to dive into…”

On 06/07June 1944, 47 Commando RoyalMarines were assigned the task of force-marching nine miles west of Arromanches to seize the small harbour of Port-en-Bessin, which would become the main port for fuel deliveries to Normandy until Cherbourg was liberated. Tribute to their actions was paid by Lieutenant-General Sir Brian Horrocks (Commander of the British 30th Corps in Normandy): ”It is doubtful whether in their long, distinguished history, the RoyalMarines have ever achieved anything finer.”

On the Adriatic coast of Italy, British find Germans have retreated, and they advance.

1945
SHAEF reveal the details of the German plans to exterminate all Jews in Europe by the summer 1946.
The United States and Australian naval Task Group 74.3 bombards Brunei Bay on Borneo.