In 1917 Ballymena Petty Officer transfers to army to develop tanks. In 1944 the Irish brigade is received at the Vatican. The German Atlantic U-boat fleet surrenders at the end of WW2 at Lisahally on Lough Foyle, Londonderry in 1945. 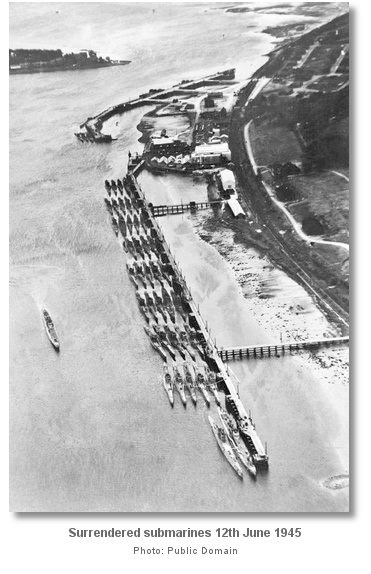 Petty Officer Mechanic. F9697. Edward James Crawford of the RNAS Armoured Car Division transferred to the army. He was one of several men from the Division who did so at this time and were inolved in the development of armoured “landships”. His discharge from RNAS was approved 12/06/1917 in order that he could take up a commission in the army.

He was wounded in action in Rumania. “Petty Officer E. J. Crawford, son of Mr. J. A. Crawford, Clough, who was with Commander Locker-Sampson MP, Armoured Car Division in Russia and Rumania is at present home on leave. He has made a good recovery from wounds he received in the Rumanian retreat in November last. Petty Officer Crawford was in charge of a machine gun and he received his wound when the car in which he was working was going to the rescue of a Russian car which had got stuck. He had just opened the door to throw out a rope when he was sniped in the arm and immediately afterwards a shell burst close to the car and he received severe injuries on the left shoulder and side. For meritorious work on this front he received the medal of St. George from the Russian Government.” -Ballymena Observer, 01/06/1917.

On the orders from General Weygand, C-in-C of the French Army, the French forces opposing the advance of Army Group A withdraw to the South, offering little resistance. The Germans cross the River Marne, consolidate bridgehead South of the Seine and claim to have occupied Rheims. Four French divisions and most of the British 51st Highland Division is cut off and captured by Rommel at St. Valery-en-Caux.

1941
The RAF raids the Ruhr, Rhineland and German ports in the first of 20 consecutive night raids.
The German pocket battleship Latzow (formerly Deutschland) is attacked and damaged by RAF aircraft off the southern coast of Norway.

1942
Rommel, having now brought up tank reserves, could now muster 124 tanks against the 248 British tanks. He therefore attacked the British positions between Knightsbridge and El Adem, trapping much of the British armor.

1943
The RAF launches a heavy raid on Bochum in the Ruhr. The Luftwaffe carries out a night attack against Plymouth.
King George VI lands in Morocco, only his second sanctioned visit of the war to forces overseas. 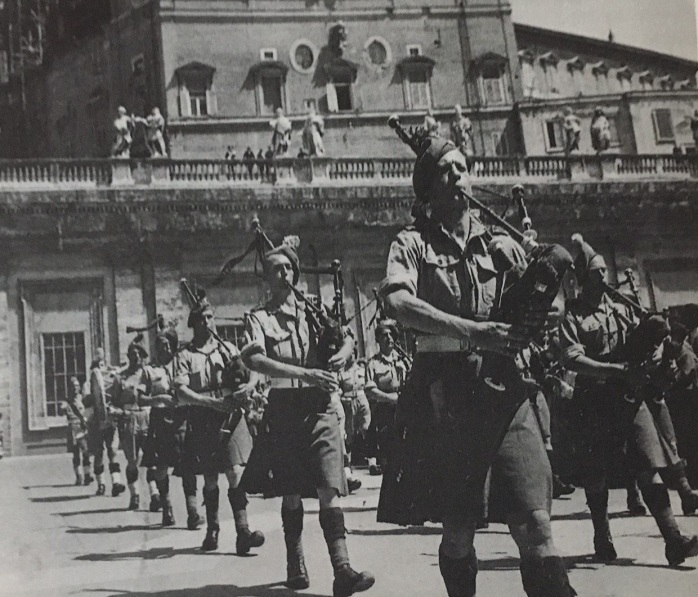 Pope Pius met members of the Irish Brigade in the Vatican and history was made. They were the first representatives of the allied armies that had liberated Rome on 6 June 1944 to be granted a papal audience.

Piper Albert Jeffrey 2 LIR who was at the Vatican on12th June 1944 recalled,

“When we came out into the sunlight, we were accosted by some Irish priests who had been living in Rome during the German occupation. It seems that they were desperate for a cup of tea… They had not been able to get any and a truck was dispatched back to camp and it brought back a chest full of tea. The young priests invited us to visit their seminary and the tea was carried reverently into the kitchen…A brew was soon on the go, with the priests sniffing the aroma like Bisto Kids. It was heartwarming to watch them drink the first cup they’d had in months. “Aaaaah!” they said. Eventually, amid many expressions of goodwill, they went back to God and we went back to camp.”

Brigadier Scott of 38 Irish Brigade: “the services of every Irishman from any part of Ireland are given of their own free will, be they fighting men or those or those priests, who helped the English prisoners in Rome”

U.S. troops fighting for Carentan, link up with British troops, thereby completing a solid line along a 50-mile battle front. So far, the allies have landed 326,000 men and 54,000 vehicles onto the Normandy beaches.
Rosenberg orders operation ‘Hay Action’, the kidnapping of 40,000 Polish children aged ten to fourteen for slave labour in Germany.

1945
Eisenhower is awarded the Order of Merit and becomes the first U.S. recipient. 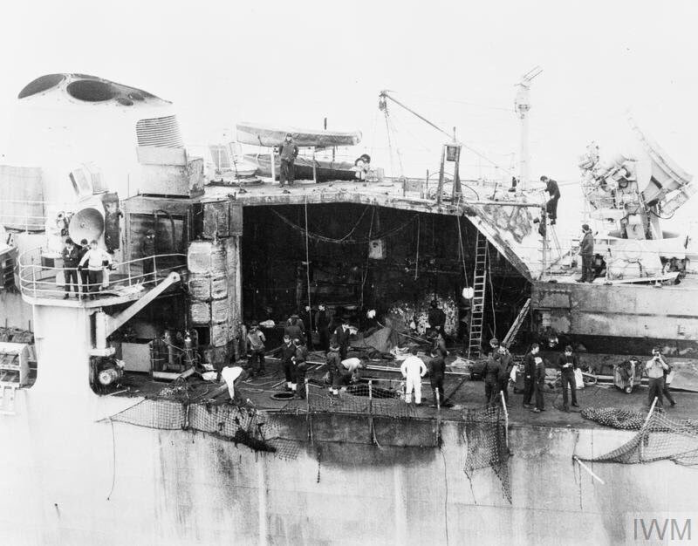 Later, Port Stanley would be liberated and the Falkland Islands returned to Britain. 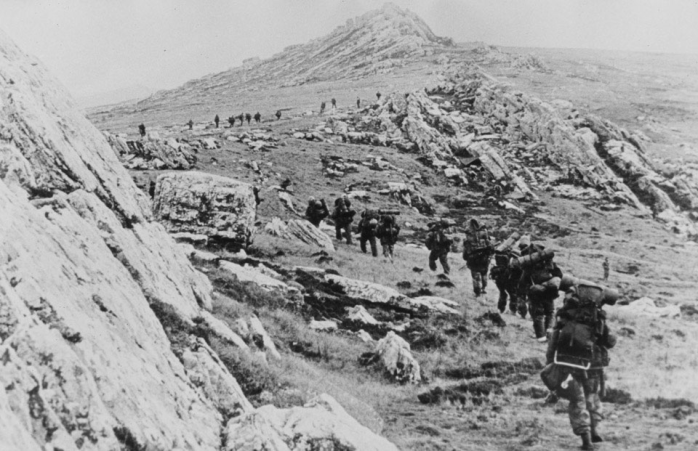 Nelson Mandela is sentenced to life in prison in South Africa