France gives rise to ariel warfare when one of its armies deploys a reconnaissance balloon during the Battle of Fleurus – A major victory by forces of the First French Republic under General Jean-Baptiste Jourdan over the Coalition Army (Great Britain, Hanover, Dutch Republic, and Habsburgs).

1857
The first investiture of the Victoria Cross by Queen Victoria took place in Hyde Park, London, decorating 62 of the 85 gazetted for valour in the Crimea. 27 were from the RoyalNavy and Royal Marines. The Victoria Cross is Britain’s highest award for conspicuous courage and bravery

1876
George Armstrong Custer and the last of his 250 troopers from the U.S. Army’s 7th Cavalry are making their final stand on a hill near the Little Bighorn.

The Royal Navy provided 165 ships and 38,577 men including 21 battleships for Queen Victoria’s Diamond Jubilee review at Spithead.The event was ambushed when the new steam turbine powered, Turbinia raced through the RN lines. The Navy would order some within the year.

First US troops arrive in France during World War I

The Battle of Belleau Wood ends with the final expulsion of the Germans from the wood, which marks the farthest German advance on Paris. The area has changed hands six times during the three-week battle, which has caused nearly 10,000 American casualties.

British blockade of war materials and food extended to whole of France.
De Gaulle forms French Volunteer Legion in Britain.
Turkey announces that she will stay out of the war.

German forces of Army Group North capture Donaburg in Latvia. The Luftwaffe carries out raids on Leningrad. Heavy fighting in the Bialystok area as the German Panzer’s units close the pocket.
Finland declares war on the Soviet Union.
Spanish volunteers organized to fight with Germany against USSR.

German troops capture Kupyansk over the river Oskel, for use as a launch pad for their summer offensive.
At Rastenberg, Adolf Hitler decorates SS General Eicke, Commanding Officer of the SS Totenkopf Division, with the Oak Leaves for the Knight’s Cross, for his Divisions bravery in holding out in the Demyansk pocket the previous winter. Eleven of Eicke’s officers and men also receive the Knight’s Cross. After the ceremony, Hitler and Eicke chat and Eicke tells the Fuhrer that his Division is pretty well worn out, short of vehicles and wishes it to be transferred to France. Instead, Hitler gives Eicke home leave.
Italian aircraft strength is increased on Sicily by withdrawing aircraft from Libya. This allows the Italians to step up their air attacks against Malta.
Rommel is made a Field Marshal and launches attacks against Mersa Matruh. Meanwhile, Kesselring, Cavallero (Italian Chief of Staff in Rome) and Bastico (Italian C-in-C in Libya) arrive at Rommel’s HQ and give permission for him to continue his advance in to Egypt.
The Grumman F6F Hellcat fighter flies for the first time.

1944
US troops enter Cherbourg taking the German garrison commander prisoner. The British launch Operation ‘Epsom’ in the Odon Valley West of Caen.
The Russians take Vitebsk.
In response to recent communist sabotage, the Germans introduce a curfew in the Copenhagen area, making it illegal to be out in the streets between 8pm in the evening and 5am in the morning. As a result, the citizens of Copenhagen begin a massive general strike. Hundreds of thousands of Danes take part.
The Chindits take Mogaung, with Chinese help. 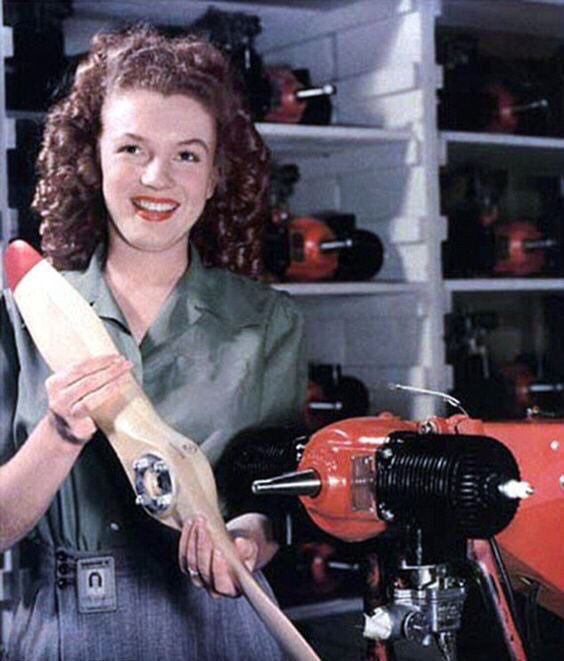 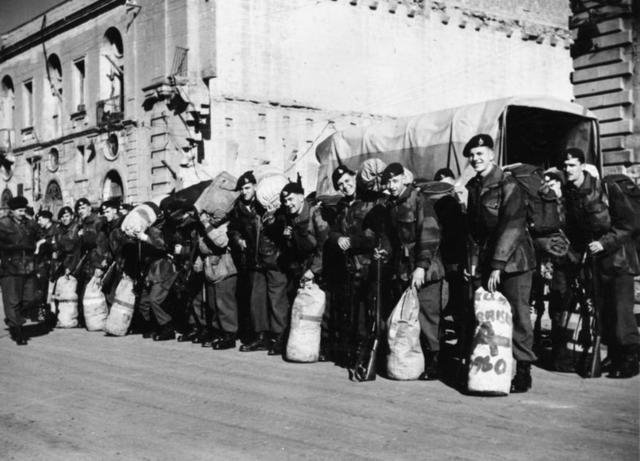