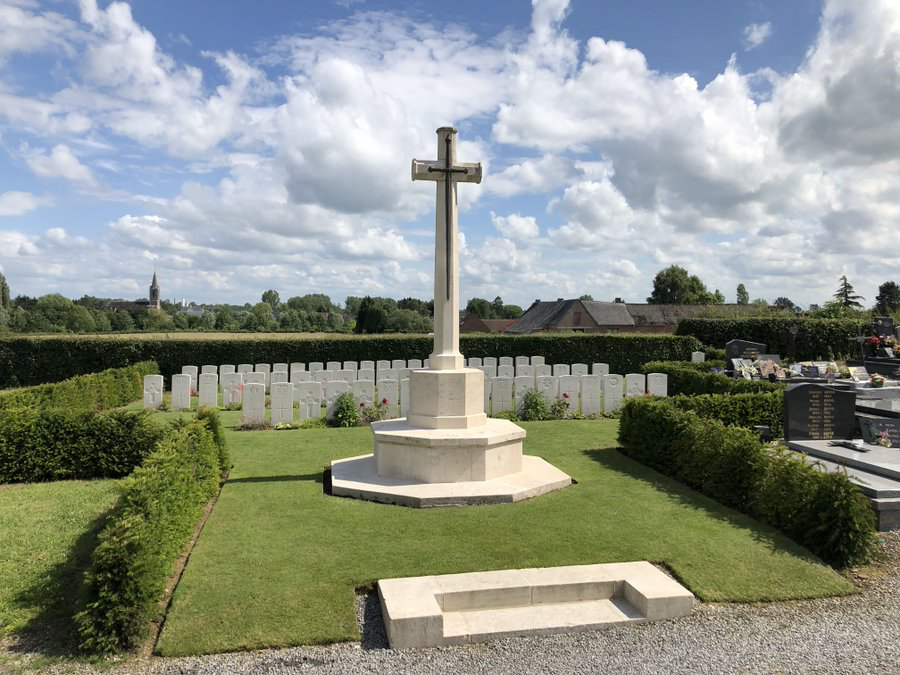 Representing their comrades who fell on this day

+FERGUSON, Rachel
Queen Alexandra’s Imperial Military Nursing Service. Staff Nurse. Died 26/06/1918. Ballygoney National School and Lady’s School, Cookstown. She trained at the Royal Victoria Hospital in Belfast where she qualified as a Staff Nurse. Notified of acceptance for service on 10/09/1915, she joined QAIMNS. Rachel arrived in Salonica on 06/06/1916 where she was posted to No 28 General Hospital. While in service, she became unwell and was admitted to the Red Cross Convalescent Home on 15/06/1917 before being transferred to a hospital ship on 29/06/1917.

She rejoined No 28 General Hospital on 08/07/1917. She was serving in Italy until May of 1918 when she was given leave for fourteen days. She re-joined No: 62 General Hospital on 25th May 1918 but on 26th June she was admitted there as a patient, suffering from bronco-pneumonia. She was by now dangerously ill and died later that day. Born 29/12/1886. Daughter of John Stewart Ferguson and Annie Ferguson of Lanebrook House, Ballygoney, Coagh., Moneymore, Co. Derry. Bordighera British Cemetery, Imperia, Italy. Coagh Soldiers and Sailors WM, Coagh WM, Cookstown War Dead Book WW1, Memorial St Anne’s Cathedral, Belfast

RAFVR. Leading Aircraftman. 1035372. Died 20/06/1942. Age 24. Born 28/05/1918. Son of Robert and Elizabeth Anna Bleeks; Husband to Mary Jane Bleeks, of Portadown. He died as a result of an accident at Skeabrae, Scotland. He was survived by his children, Roberta May Leonard, and William James Bleeks, Stewartstown, Co. Tyrone. He was the nephew of William T. Bleeks, who was killed in action on 17/10/1918 while serving with the 3rd Indian Division. Seagoe Cemetery, Portadown

Both of these men were aboard Vickers Wellington X LN748 -E which failed to return from an Air Raid at Budapest where the target was the distillation plant of the Shell Koolag Oil Refinery. Staffelkapitan Wilhelm Johnen of Luftwaffe 8./NJG 6 claimed to have shot down the Wellington. The Rear Gunner, Sgt J Robertson RCAF R161677, survived and was taken prisoner in the Budapest area.