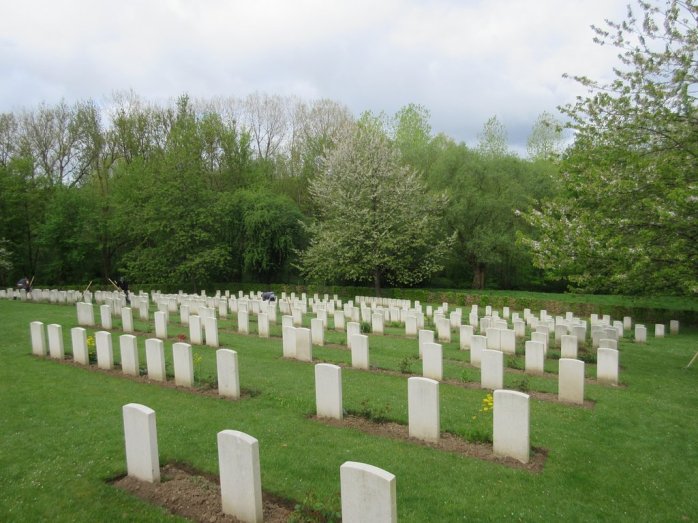 Authuile Military Cemetery, Somme, France where the graves of two from Newcastle NI named here may be found

Representing their comrades who fell on this day