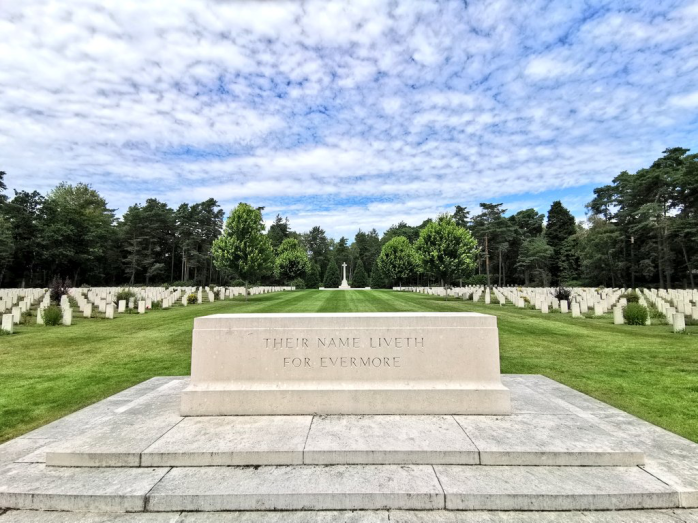 BrockwoodWar Cemetery is the only CWGC cemetery in the UK. Records here of six from Northern Ireland who died in service on this date. One is recorded on the Menim Gate, others are named on the Rangoon and Runnymeade memorials and two who died in HMS Trollope on our national naval memorials.

+CARREN, Thomas Henry
Royal Engineers. 36th Signal Company. Sergeant 57806. Died 06/07/1917. Born 12/09/1891 in Liverpool and was baptised on 18/11/1891 at St Saviours, Liverpool. Son of Thomas William Threfall and Annie Machere, nee Smith. Both parents were native of the Isle of Man and in the 1901 census the family were living at 2, Douglas Street in the City of Peel, Isle of Man. By 1911 the complete family had moved to 89 Deramore Avenue, Belfast. His age at this time was given as 19 and he was an apprentice heating engineer. He enlisted at Belfast on the 22nd September 1914 as part of the U.V.F. Force. He was posted as sapper into the Signal Coy, Royal Engineers aged 22. Prior to enlistment he was a Clerk. Menin Gate Memorial, Ypres, Belgium. St Jude’s C of I Church, Belfast WM

The Frigate HMS Trollope (Photo below) was torpedoed off France with the loss of 64 sailors. The Trollope was on loan from the US Navy and although she was recovered to HMNB Portsmouth she was a total loss.