He served on destroyers and cruisers during the Battle of the Atlantic, North Russian Convoys, and the Mediterranean. He was decorated by King George VI for heroism at Flensburg, where the ammunition dump exploded a few days after the war ended. As a physician he put his life in great danger to save the lives of others, who shortly before had been his enemies.

Following VE Day he was reassigned to the Pacific theatre. He was en route when the war ended, but as a result made his first visit to Victoria, BC.

Post war he worked in Newfoundland and the wilds of northern Manitoba, Hudson Bay and Resolute Island. 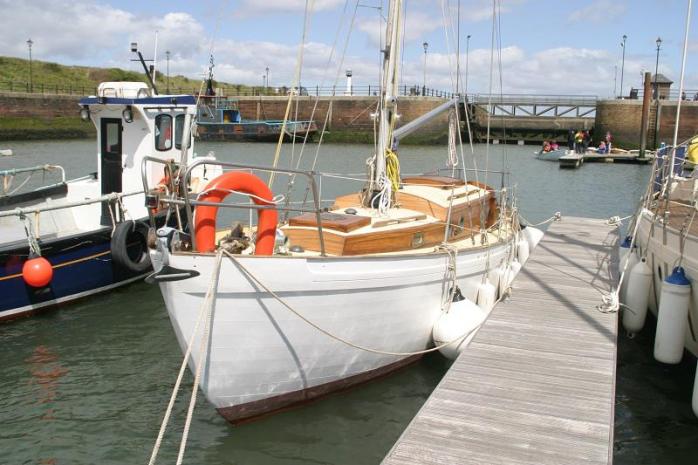 Born only a few yards from the sea, he always loved the ocean and sailing. He sailed single-handed across the Atlantic in 1952 (westward) and 1957 (eastward) in his 25 1/2 foot boat, Icebird, becoming the first Canadian and only third in the world to do so in both directions. His last boat was named “Swan of Moyle”.

At the end of the fifties he “settled down” as one of the doctors and a member of the diplomatic corps in various Canadian Embassies overseas.

In Vienna, Austria, he met his beloved wife, Edith, whom he married in 1958 in Salzburg. Their first home was on the aptly named Paradise Walk in London. After moves to Germany, Finland, Holland, Austria and Scotland, and now with four sons, they settled in Victoria in 1972.

He had a strong faith and loved to serve as an Elder in the Presbyterian Church of Canada. He was described as, “A wonderful father, loving husband, distinguished veteran, sailing pioneer, respected elder, man of humility, integrity and great faith.”