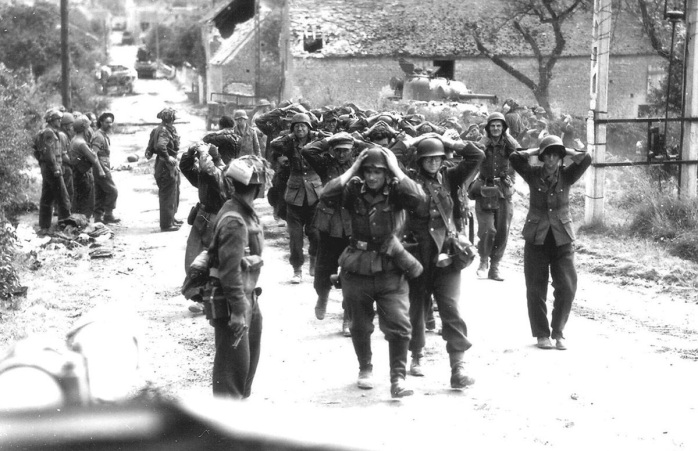 On this day 21/08/1944 – the Battle of the Falaise Pocket ends. Some 50,000 German troops surrender to the Allies after nine days of heavy fighting. The road to Paris was open – Five from NI died in two RN ships which were sunk on the same day.

On This Day in 1915 the battle of Hill 60 began at Gallipoli. The attack on Hill 60 was the last offensive action by the Allies prior to the evacuation in December 1915. Like many of the actions fought on Gallipoli, the battle was confused and inconclusive.

+ABBOTT, Vivian Hartley Church
D Company, 29th Btn. Canadian Infantry. Private 646187. Died 21/08/1917. Aged 36. Born in Fivemiletown on 05/10/1881. Eldest son of David Charles Abbott and Charlotte Elizabeth Abbott. The 1901 census lists Vivian as age 19, living at Military Barracks at The Curragh, Kildare. Vivian Abbott served for one year with the South African Army and fought in the Boer War. Vivian and his wife Eleanor Abbott emigrated to Canada. On enlisting, his wife was living in Mission City, British Columbia. Vivian Abbott was working as a surveyor’s chainman when he enlisted on 15/06/1916 in Vancouver, British Columbia. Killed in action during the battle for Hill 70 at Lens Vimy Memorial, Arras, Pas de Calais, France. Fivemiletown WM