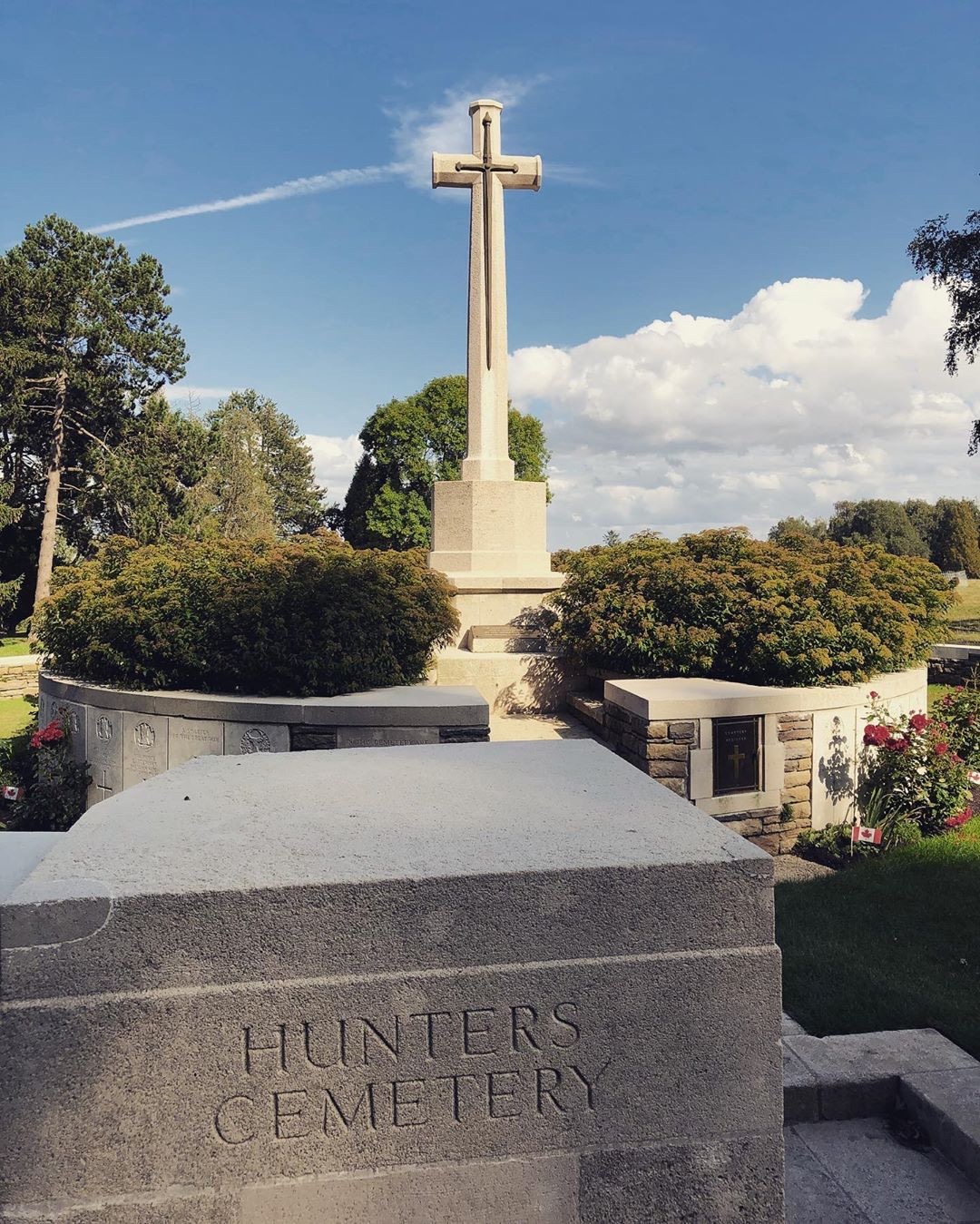 On this day in 1918, the Allies smash through Germany’s ‘Hindenburg Line’. Within 43 days, WW1 will be over. The Roll today reflects the cost of the attack. Amongst the fallen is 25 year old Lance Corporal Ernest Seaman MM, who was awarded the Victoria Cross.

+FORBES, John Donald
Lancashire Fusiliers, attached South Lancashire Regiment. Second Lieutenant. Died 29/09/1915. Age 19. RBAI. Joined the QUB Training Corps 27/11/1914. A month later, on 28/12/1914, he obtained his commission and went to France on 16/07/1915. On 29/09/1915 the Battalion was at Vierstraat, south-west of Ypres in Belgium and John was injured in N3 trench as a result of an accident with a West spring gun, a bomb-throwing catapult used to fling bombs and hand grenades in a high trajectory into enemy trenches; it required five men to operate it – three to compress the springs, one to load the bomb and one to fire as soon as the fuse was lit or the pin was pulled.  He was taken to No. 10 Casualty Clearing Station but died as a result of his wounds. Son of John and Annie Caldwell Forbes, of “Sunbury,” Cadogan Park, Belfast. Lijssenthoek Military Cemetery, West-Vlaanderen, Belgium. RNIYC WM, RBAI WM, QUB RH

+McCANDLESS, David
Australian Infantry, 31st Btn. Corporal. 2998. Died 29/09/1918. Prior to the War David had served in the Royal Inniskilling Fusiliers for about 8 years and spent a further 4 years in the Reserve. He emigrated to Australia where he worked as a farmer and enlisted in the Australian Imperial Force at Sydney, New South Wales, on 05/02/1916. On 14/03/1916 he was appointed E.D.P. Sergeant in the 31st Battalion and embarked from Sydney on H.M.A.T. Anchises. David arrived in Egypt on 16/04/1916 where he reverted to the rank of Private. He was again appointed E.D.P. Sergeant on 04/05/1916. However he was admonished on 17/05/1916 at Tel-el-Kebir for “conduct to the prejudice of good order and military discipline” after creating a disturbance after “lights out” by talking in a loud voice. On 18/05/1916 he again reverted to Private. He embarked on H.M.T. “Franconia” at Alexandria, Egypt, on 06/06/1916, arrived at Plymouth, England, on 16/06/1916 and proceeded on to Etaples, France. He was promoted to the substantive ranks of Lance-Corporal (03/10/1916), Corporal (16/01/1917) and then to Sergeant (23/01/1917). David was in hospital and then convalescing in France for about 10 weeks during the Summer of 1917 suffering from abscesses in the throat and abdomen. Then on 13/09/1917 a Field General Courts Martial found him guilty of the charge that “he at Harfleur on 02/09/1917, when in charge of a Guard, permitted to escape” a prisoner committed to his charge”. He was sentenced to be reduced in rank to Corporal. During action on 26/09/1917 he received a shrapnel wound in his back and he spent about 18 weeks in hospital and convalescing in France. He returned to the Line on 16/09/1918 but sadly on Sunday, 29/09/1918 he was wounded in the head by a machine gun bullet during operations on the outskirts of Bellicourt, France. He was rendered unconscious and immediately removed to a Dressing Station where died of his wounds. His parents, Mr. David (retired farmer) and Mrs. Nancy McCandless, lived at Warren Cottages, Chimney Hills, Portstewart; he was their third son and was born about 1877. Portstewart WM, Portstewart Presbyterian Church’ WM, PCI RH, IMR. Villers-Bretonneux Memorial (France).

+SEAMAN, Ernest VC, MM
Royal Inniskilling Fusiliers, 2nd Bn. Lance Corporal. 42364. Died 29/09/1918. Aged 25. An extract from “The London Gazette,” dated 15/11/1918, records the following citation – “For most conspicuous bravery and devotion to duty. When the right flank of his company was held up by a nest of enemy machine guns, he, with great courage and initiative, rushed forward under heavy fire with his Lewis gun and engaged the position single-handed, capturing two machine guns and twelve prisoners and killing one officer and two men. Later in the day he again rushed another enemy machine-gun position, capturing the gun under heavy fire. He was killed immediately after. His courage and dash were beyond all praise, and it was entirely due to the very gallant conduct of Lce. Cpl. Seaman that his company was enabled to push forward to its objective and capture many prisoners.” Son of Mrs. Sarah Seaman. Born at Norwich, Norfolk. Tyne Cot, West-Vlaanderen, Belgium, Ulster Tower, Somme, Felixstowe WM