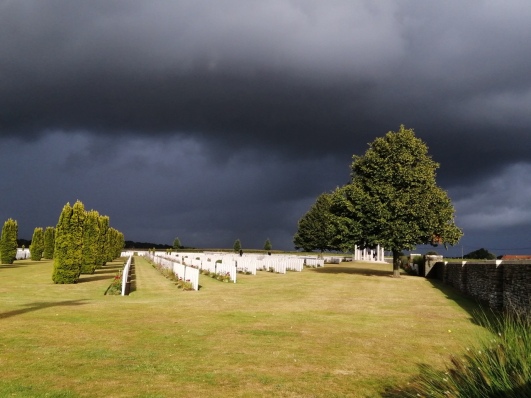 Four Inniskilling Fusiliers are among those who fell on this day in WW2 in Rangoon, Tunisia, Minturno and Cassino in Italy. Photos of Bedford House War Cemetery.

Royal Inniskilling Fusiliers, 1st Btn. Fusilier. 704614. Died 18/01/1943. Age 20. It is believed he died in an action near Donbaik, Burma when a patrol from D Company, engaged a much stronger force of Japanese troops resulting in many casualties, some from sniper fire. Born on 18/07/1922. Son of Harry J. and Elizabeth O’Neill, Stewartstown. He enlisted with the Inniskillings on 30/07/1940. He had previously worked as a brick worker and labourer. Rangoon Memorial, Taukkyan, Rangoon, Face 11, Stewartstown WM

Fusilier Joe Hurle from Stewartstown served with 2nd Battalion Royal Inniskilling Fusiliers. He was part of the British Expeditionary Force from 15/09/1939 until 31/05/1940. Having taken part in the July 1943 Sicily Landing, Joe then landed in Italy in September 1943. He was wounded after stepping on a mine at Anzio and was discharged on 18/01/1945.