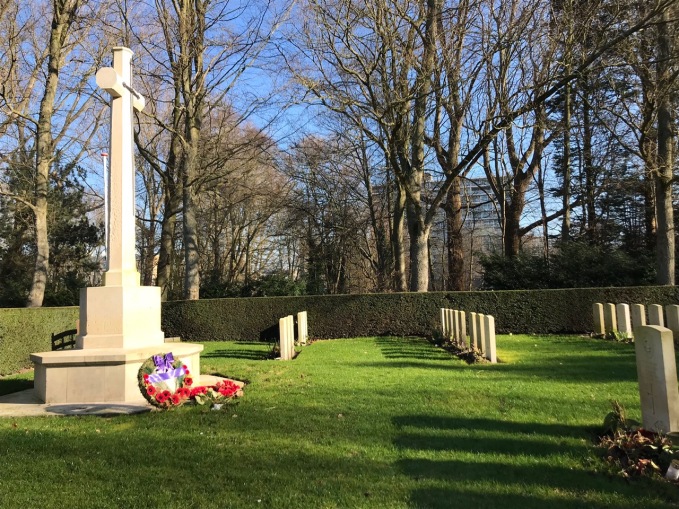 Beautiful morning at The Hague Westduin Cemetery where war graves are maintained by CWGC. Those in today’s Roll rest in locations including Algeria, France, Germany, Netherlands, and Libya.

+COUSINS, Albert
Royal Irish Fusiliers. 7/8th Btn. Private. 21455. From Kilkeel, Co. Down, Albert had served in France from February 1916. He died at home whilst on leave on 909/02/1917. Mourne Presbyterian Churchyard, County Down

+SPENCE, Edward Howlett
Gordon Highlanders, 5/7th Btn. Corporal.7019445. Died 09/02/1945. Aged 23. Edward had served from 1940 seeing action in North Africa, Egypt, Tripoli, Sicily and then through France and Holland to Germany. He had been wounded in Holland during October 1944 and again on 8th February 1945 at the Reichswald Forest near Kleve in Germany. He succumbed to these wounds the following day. Son of William and Jane Spence, of Sydenham, Belfast. Onkerbos War Cemetery, Gelderland, Netherlands

09/02/1937 – the Blackburn Skua took the skies for the first time and would become the Royal Navy Fleet Air Arm’s first monoplane.Designed as a fighter and dive bomber FAA Skua’s recorded the first sinking of a major warship by air attack & dive bombing on Konigsberg in 1940